Re-Configurations conflates Chang’s latest, research-based, performative-lecture work and its attendant photos and sculptures with a selection of earlier videos which helped make her one of the most influential performance artists of her generation.

At the heart of this exhibition is Configurations, a lecture/performance based on the artist’s travels along the South-North Water Diversion Project, from its beginning at Danjiankou to the final reservoir in the outskirts of Beijing. The Water Diversion Project, which began with an idea of Mao Zedong in 1952, by 2014 had become the world’s longest aqueduct, and one of the most expensive engineering projects in the world. The three-channel aqueduct aims to channel 44.8 billion cubic meters of fresh water annually from southern China to the arid and industrialized north. During Chang’s travels the artist meditates on the aqueduct's relationship to the Yellow River’s historic flooding, Chinese imperial history, and massive infrastructure in relation to the human body. During the long trip Chang sculpts an improvised FUD (female urinary device) out of plastic bottles as a convenient way to pee along the roadside. For this exhibition, Chang has converted these plastic-bottle FUDs into a series of blown-glass sculptures. These intimate, amorphous, DIY urinary devices contrasted with the monumental scale of China’s aqueduct system create a surfeit of associations. Part diaristic narrative, part metaphor for engineering the future of civilization, Configuration sees the artist exploit her femininity against the great attempts of mankind to divert the course of nature.

Exhibited around these works are several earlier pieces that not only serve to introduce the artist’s oeuvre to the Chinese audience but also delineate Chang’s continued interests in body politics, constructed identity, and myth making. In Love (2001) shows the artist, on two separate screens, in what appears to be a long, teary kiss with her parents. Over the course of the video, played backwards and in slow motion, we learn that the artist is eating a raw onion with her parents. Eating is an undeniably erotic exercise that, in this work, hosts a surfeit of taboos. In another work (Untitled [Eels], 2001) we see the artist in a buttoned up shirt sitting awkwardly on the ground. Her wet shirt and ill expression reads as a sort of body accident when in actuality live eels squirm inside her clothes. In the words of critic Eve Oishi, Patty’s work “juxtaposes absolute stillness with explosive tension, sly humor with incisive revelation, and penetrating commentary with emotional force.”

Patty Chang has held solo shows at institutions such as the MoMA in New York; the New Museum in New York; the Hammer Museum in Los Angeles; the Museum of Contemporary Art in Chicago; and the Moderna Museet in Stockholm, Sweden. In 2009 she was named the Guna S. Mundheim Fellow of Visual Arts at the American Academy in Berlin and she is a 2014 recipient of a Guggenheim Fellowship. Chang’s latest project, Wandering Lake, of which Configurations is a component, was recently featured in the 11th Shanghai Biennial 2016 and will be the focus of a solo show at the Queens Museum in NY in October 2017.
INSTALLATION VIEWS 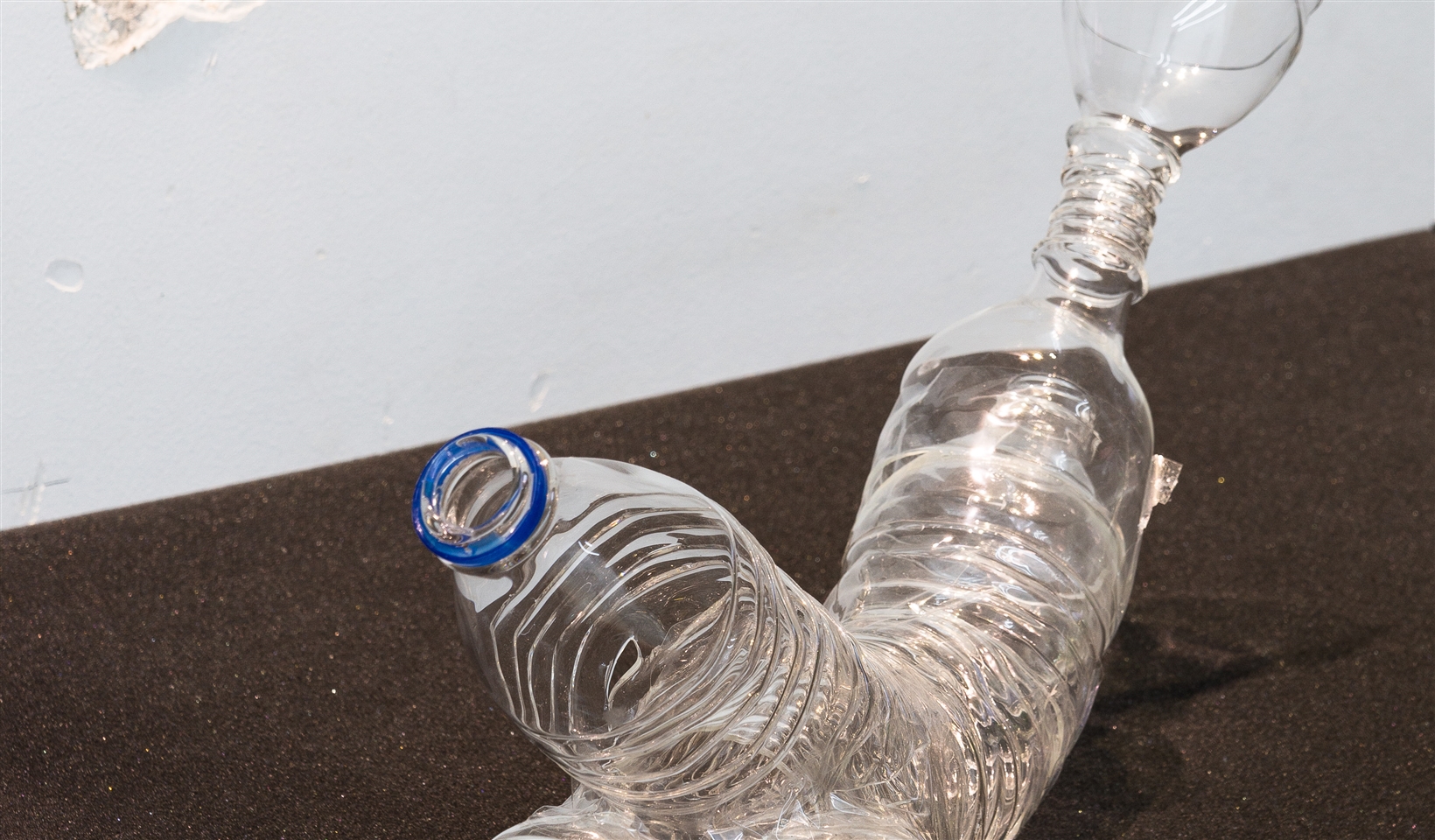